Ideas for child-friendly testing of prosopagnosia, or why every nursery and primary school should play picture pairs with the children’s portraits.

The Wellcome Trust’s science writing prize has recently helped in highlighting the problem of ‘face blindness’ called prosopagnosia. Among the 640 articles submitted for the award during 2014, Kate Szell was judged the winner for her article: ‘Prosopagnosia - a Common Problem, Commonly Overlooked’.


Szell writes: “Most of us take for granted the fact that we recognise someone after a quick glance at their face. We don’t realise we are doing something very different when we look at someone’s face compared to when we look at anything else.” Some people fail to process faces in the way the majority of humankind does. Studies suggest 1 in 50 people could have some form of prosopagnosia; far too many for an incapacity to not be routinely checked and often failed to diagnose.

Face detection weaknesses are particularly striking during physical education lessons, as the children change into their PE kit and some take off their glasses, thereby removing a feature on which a prosopagnosia sufferer would rely on as a distinguishing visual clue.

Face-blind children risk walking off with strangers
Kirsten Dalrymple from the University of Minnesota is one of a handful of researchers looking into developmental prosopagnosia. Her particular interest is in prosopagnosic children. “Some seem to cope without much of a problem but, for others, it’s a totally different story,” she says and warns: “They can become very socially withdrawn and can also be at risk of walking off with strangers.”
Dalrymple points out that lack of awareness of the condition among child care specialists and the public, is a serious issue. Many parents of prosopagnosic children consult a number of specialists before realising what is causing their child’s peculiar behaviour, and it is usually discovered after seeing something about “face blindness” online or in the media, rather than from a specialist’s deduction, that makes the penny drop.
Early stage prosopagnosia testing
Face Blindness is an important enough problem to demand that children should be tested routinely, the earlier the better. A child-friendly, playful way to test for prosopagnosia is with an individual picture pairs game with 25 faces, which could include photos of family, school or nursery group members. The brain processes faces differently from other objects, with special difficulties in inverting face images. That makes photo picture pairs games of familiar faces an extremely valuable and unique learning and testing tool.
What causes developmental prosopagnosia is a puzzle
The term prosopagnosia (Greek: ‘prosopon’ = ‘face’, ‘agnosia’ = ‘not knowing’) was coined by the German neurologist Joachim Bodamer in 1947, but it has been widely recognised outside the context of brain injury only in the past decade. Its purest form is limited to facial recognition, but prosopagnosia sufferers also have problems with inanimate and animate objects and in interpreting facial signs of emotion.
Despite the importance of infant brain development, there may be processes that can be harnessed to help a face-blind child become a non face-blind adult. The brain needs to observe a face and remember it; it must identify a face as a face, then realise that it has seen that particular face before.  We know that there are adults – but not children – with a combination of impaired face memory and unimpaired face perception, which suggests that the face perception element can be improved.

Worst for prosopagnosia children are swimming lessons, where most face distinguishing features are eliminated. The children suddenly feel exposed to an environment of pure strangers.

Children with prosopagnosia don’t value face or eye contact and take much longer to integrate into school or nursery groups as they struggle to identify and tell classmates apart. They are therefore often misdiagnosed with autism. But unlike autism, prosopagnosia does not diminish a sufferer’s social competence.
Specialist Dr Martina Grüter suggests working with portrait pictures 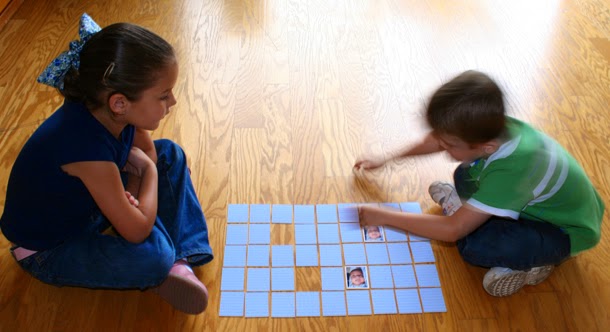 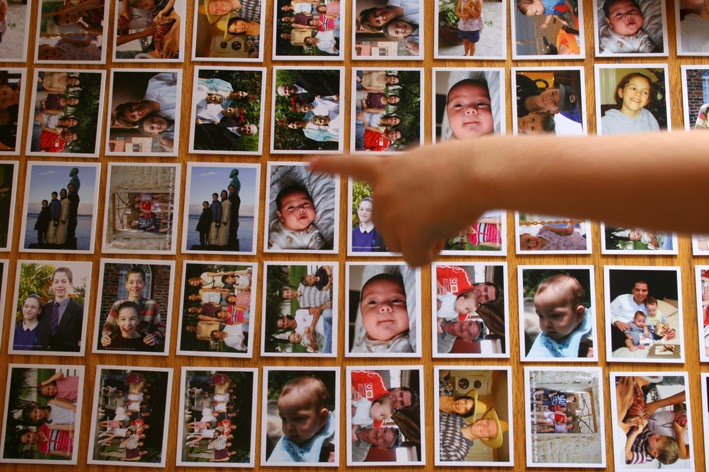 When a child fails to recognise a classmate – again and again – it might be time to recognise the face of prosopagnosia. To detect face blindness earlier, every nursery and primary school class should play a picture pairs game of all the group member’s faces.